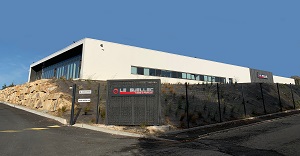 The story started just after the Second World War…

1946 – FOUNDATION OF LE GUELLEC
At first, the tubes manufactured by the family company were dedicated to the production of cathode ray tubes and hypodermic needles.

1979 – DIVERSIFICATION OF THE PRODUCTION
As the new owner, Daniel Chartrain embarks upon a new intensive diversification policy to expand the company’s product range.

1996 – NEW MANAGEMENT
The arrival of Frédéric Koch and François Körner is synonymous with a period of change and development which resulted in a significant increase in production capacity.

1998 – NEW BUILDINGS
To facilitate this expansion, new buildings were erected to double the production area and improve material flow.

2004/2006 – INCREASE IN CUTTING AND MACHINING FACILITIES
After many years of partnership, Le Guellec acquires the company Trameco which enables Le Guellec to offer its customers a more diverse range of machined components from precision tubes.

2008 – A NEW CHAPTER BEGINS
François Körner, Managing Director since 1996, acquires Le Guellec with the support of an investment fund.

2011 –  NEW ORGANIZATION AT THE R & D
In order to improve the customers’ satisfaction, the R & D Team has been reinforced by the new arrival of 2 experienced technicians.

2013 – SECOND LMBO
François Körner became the main owner of the company with more than 70% of the capital.

2014 – R & D TEAM REINFORCED
A new engineer with a previous experience in the tubes industry for medical application joined the Development team.

2020 – CONSTRUCTION OF A NEW FACTORY
Hemmed in their premises of Douarnenez, Le Guellec build a new factory and move to Quimper.